Why is Dust Such a Risk for Museums in Lockdown? 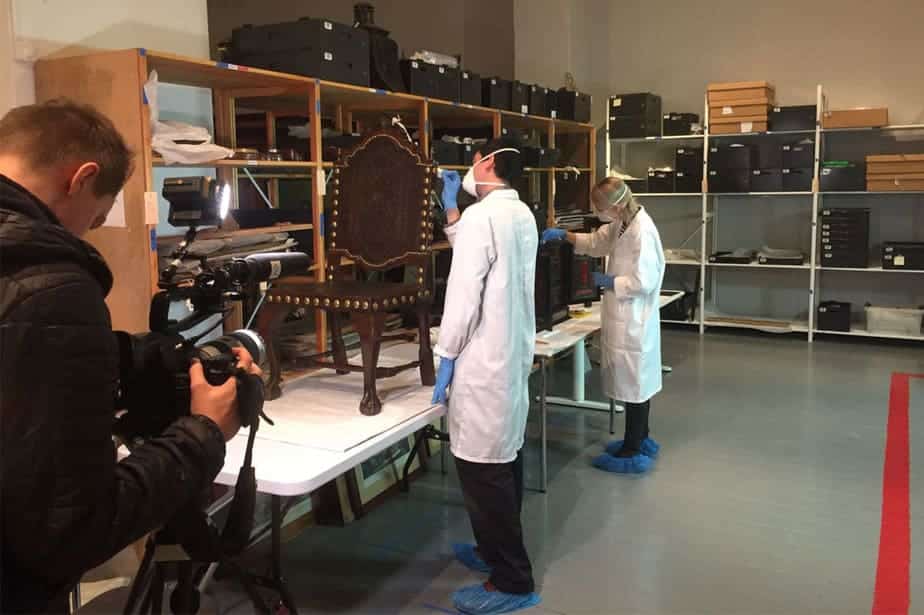 During the lockdown, there is increased concern amongst some museum professionals about dust in museum buildings.

Most people think of dust as being a result of human activity, therefore why is dust such an issue for museums at a time when they have no visitors and far fewer people in their buildings?

With no visitors and far fewer people in their buildings, one would not think that dust would be an issue for museums at the moment.
However, last month experts at the Victoria and Albert Museum raised concerns about the increased risk of dust to objects during the museum’s closure.
Generally speaking, dust is made of fine particles of solid matter, including plant pollen, human and animal hairs, textile fibres, paper fibres, minerals from outdoor soil, human skin cells, along with many other materials found in the local environment.
Within a city museum environment like the V&A, dust will probably contain pollutants from passing traffic, along with a high proportion of skin and clothing fibres from visitors.
The V&A is right to be concerned about dust, even at a time when there are far fewer people in their building to generate it.
Although the absence of visitors through the V&A and other museum doors means that less new dust is being created, it also means that there will be far less of the air movement that constantly disturbs dust. Without this air movement, dust will be able to settle and potentially build up.
When dust settles and builds up, quite aside from being unsightly and detracting from visitor experience by impeding object interpretation / appreciation (not such an issue at a time when there are no museum visitors), its largely organic composition attracts small creatures which feed on the dust and then on the museum objects. These small creatures in turn attract larger ones, including spiders and even occasionally mice.
In addition to this, depending on the humidity levels in the environment, dust can encourage rust and mould growth.
Furthermore, the longer dust is left and the more it settles in, the harder it is for museum staff to remove, meaning an increased level of risk to the object when it is being cleaned.
These are just some of the reasons why dust is taken seriously by museums and why it is closely monitored by museum staff; but also why dust poses a particular risk to museum collections during extended periods of closure.

Over the years, Plowden & Smith has worked on various dust-removal projects for museums.
In 2018 Plowden & Smith sent a team of four conservators out to Norway to take on a major conservation cleaning project for the KODE Art Museums and Composers Homes, one of the largest museums for art, craft, design and music in the Nordic countries.
Following major building work, construction dust had coated a substantial number of artefacts in KODE Art Museums and Composers Homes collection, including large items of furniture, paintings, ceramics, metal work and contemporary art.
For this particular conservation project, which came to us via leading insurers Hiscox, our brief was to conservation clean almost 1000 objects to safely rid them of concrete construction dust.
Concrete construction dust is not only very abrasive, but is also alkaline, which means that the particles can become corrosive if a chemical reaction is enabled through the presence of moisture. Removing the dust is essential to prevent permanent degradation to the surface of objects, and also highlights why controlling humidity levels to prevent a build-up of moisture is such a key part of object conservation.
To complicate matters, concrete construction dust can contain a high silica content: exposure to which can cause permanent damage to lungs and airways.
Health and Safety is always important in any project we carry out. For this project, all the team were provided with personal protective equipment, which included half-face respirators, goggles, in addition to the nitrile gloves we usually wear when handling and treating objects (see above image).
Avoiding the spread of dust particles to other parts of a building is always a challenge. However, in the case of particularly harmful dust, special precautionary measures were taken to avoid the cross contamination of dust to clean areas of the museum. Shoe covers were worn, and the objects were cleaned inside a sealed ‘tent’ with conservation grade vacuums with hepa filters and the dust being brushed directly into the vacuum nozzle.
Dust was removed with an array of soft brushes including those of badger hair and also polyurethane sponges. The newly cleaned artefact was then transferred into a clean zone, placed on a pallet and covered with Tyvek.

Read more from the blog >